Every year on the 11th February, the United Nations Educational, Scientific and Cultural Organization, UNESCO, celebrates the International Day for Women and Girls’ in Science, with a view to promoting science as a realistic career path/option for women and girls.

This year, with a view to incentivizing the attractiveness of science to all our students (boys and girls), NIHERST partnered with the National Commission for UNESCO for an online event: "Celebrating Women and Girls in Science in Trinidad and Tobago". The women selected as presenters for this occasion are just a sampling of the women of Trinidad and Tobago in science who have also broken important ground and achieved excellence in their respective fields.

Below we celebrate some of our Women and Girls in Science. 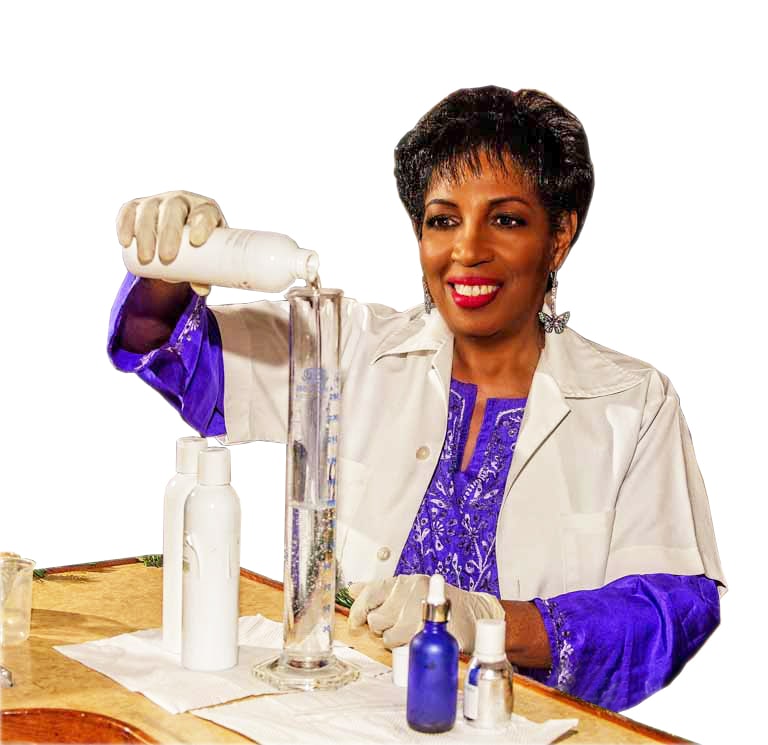 Cheryl Bowles is a Biochemist, Founder, Managing Director, and a Caribbean success with her brand, Cher-Mère, meaning “Dear Mother” in French.

Ms. Bowles grew up in Woodbrook Trinidad and has always loved the sciences, particularly Chemistry. This passion for the discipline was instrumental to the birth of her company.

In 1985, she gave up her top executive job at Nestlé, where she was the company’s first woman Executive, Chief Chemist, Head of Quality Control, and Head of Research and Development in Trinidad & Tobago, to pursue the development of the brand that became Cher-Mère.

Her philosophies for success are clearly itemised:

She as believes that the key principles to run a successful business is - Passion, Discipline, and Production. 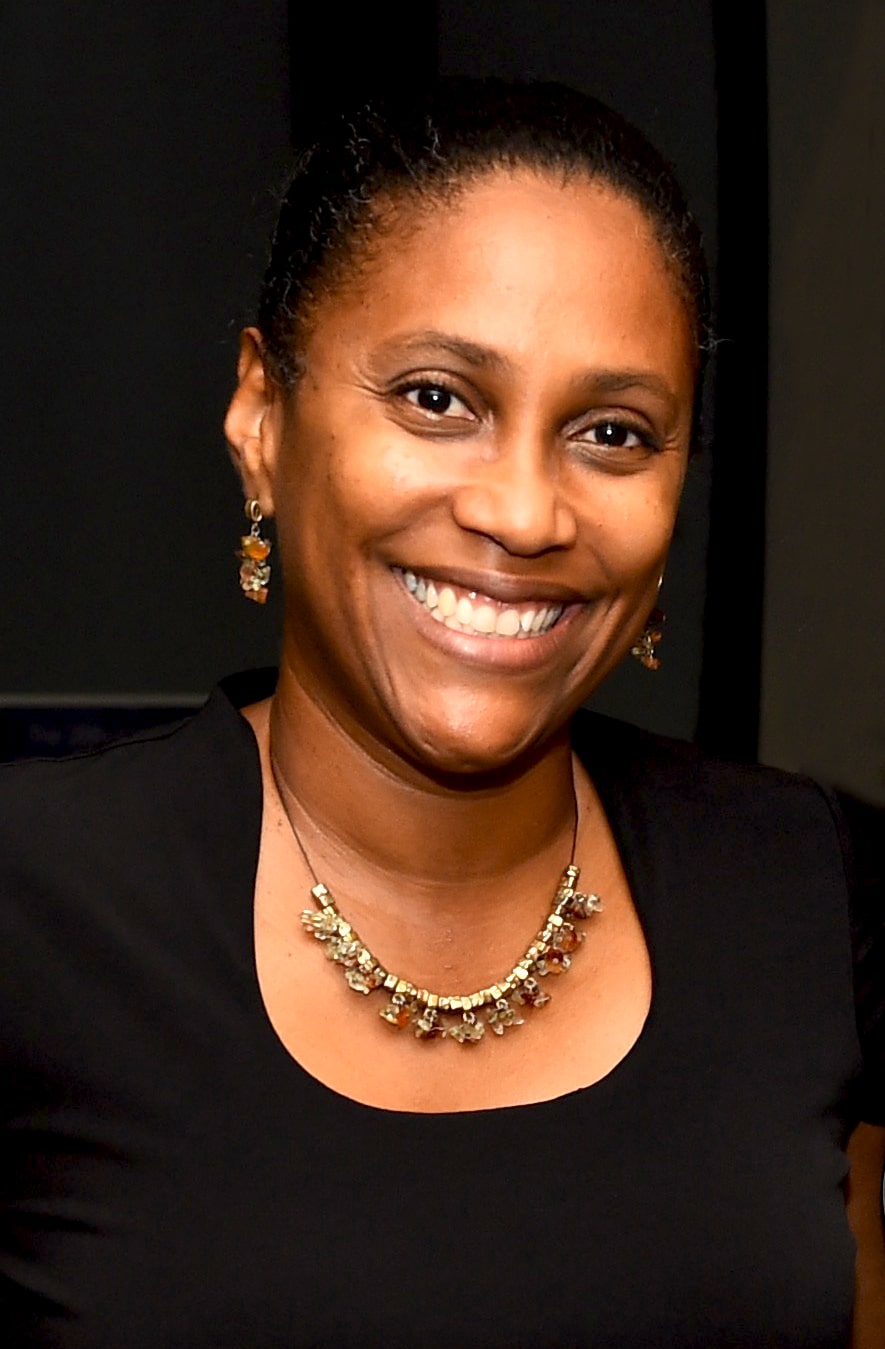 Dr. Christine Carrington is a Professor of Molecular Genetics and Virology in the Department of Preclinical Sciences of the Faculty of Medical Sciences at The University of the West Indies (St. Augustine Campus) in Trinidad and Tobago. She earned her BSc in Biotechnology from King’s College, University of London in 1990 and a PhD in Molecular Virology from the Institute of Cancer Research, also University of London, in 1994. She remained at the Institute of Cancer Research as a postdoctoral researcher until 1996 when she joined her current Department. In 2004, she was the recipient of a Commonwealth Research Fellowship to the University of Oxford where she received training in virus evolution and phylogenetics. In 2008 she was recognised as one of the UWI’s 60 leading academics (“60 under 60”) and in 2012 she received a UWI Research Award for Outstanding Research Mentorship.

Professor Carrington is currently the Director of the Global Virus Network Affiliated Centre of Excellence at the Faculty of Medical Sciences, UWI, St. Augustine Campus, Head of the Department of Preclinical Sciences and a former Deputy Dean for Graduate Studies and Research for her Faculty. She is a founding member of the Faculty of Medical Sciences’ Tropical Medicine Cluster: Infectious Diseases, Trinidad and Tobago’s representative on the Board of Governors of the International Centre for Genetic Engineering and Biotechnology, and a member of the UWI COVID-19 Task Force. Her primary research focus is understanding evolutionary and ecological factors involved in the emergence, spread and maintenance of emerging viruses. Her work to date includes studies on dengue viruses, Zika virus, Chikungunya virus, yellow fever virus, rabies virus and coronaviruses. Professor Carrington is the Principal Investigator for COVID-19 IMPACT project, a UWI RDI funded research project in collaboration with the T&T Ministry of Health, CARPHA, the University of Oxford and University of London,which has established local capacity for rapid generation of SARS-CoV-2 whole genomes in order that viral genomics and related molecular epidemiological approaches can be incorporated into the COVID-19 mitigation and control efforts of public health bodies. 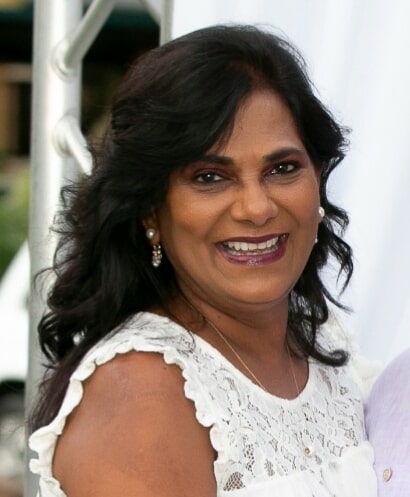 Professor Gobin, appointed as the first female Professor of Science at The University of the West Indies (UWI) has an extensive marine research career spanning more than 38 years wich has made significant contributions to the knowledge of Marine Biodiversity in Trinidad and Tobago and the Caribbean.

In 2020, on World Oceans Day, (celebrated annually on June 8th) NIHERST recognised Professor Gobin in an extraordinary tribute for her contributions over the years as the country’s very own pioneering scientist in Marine Biology. 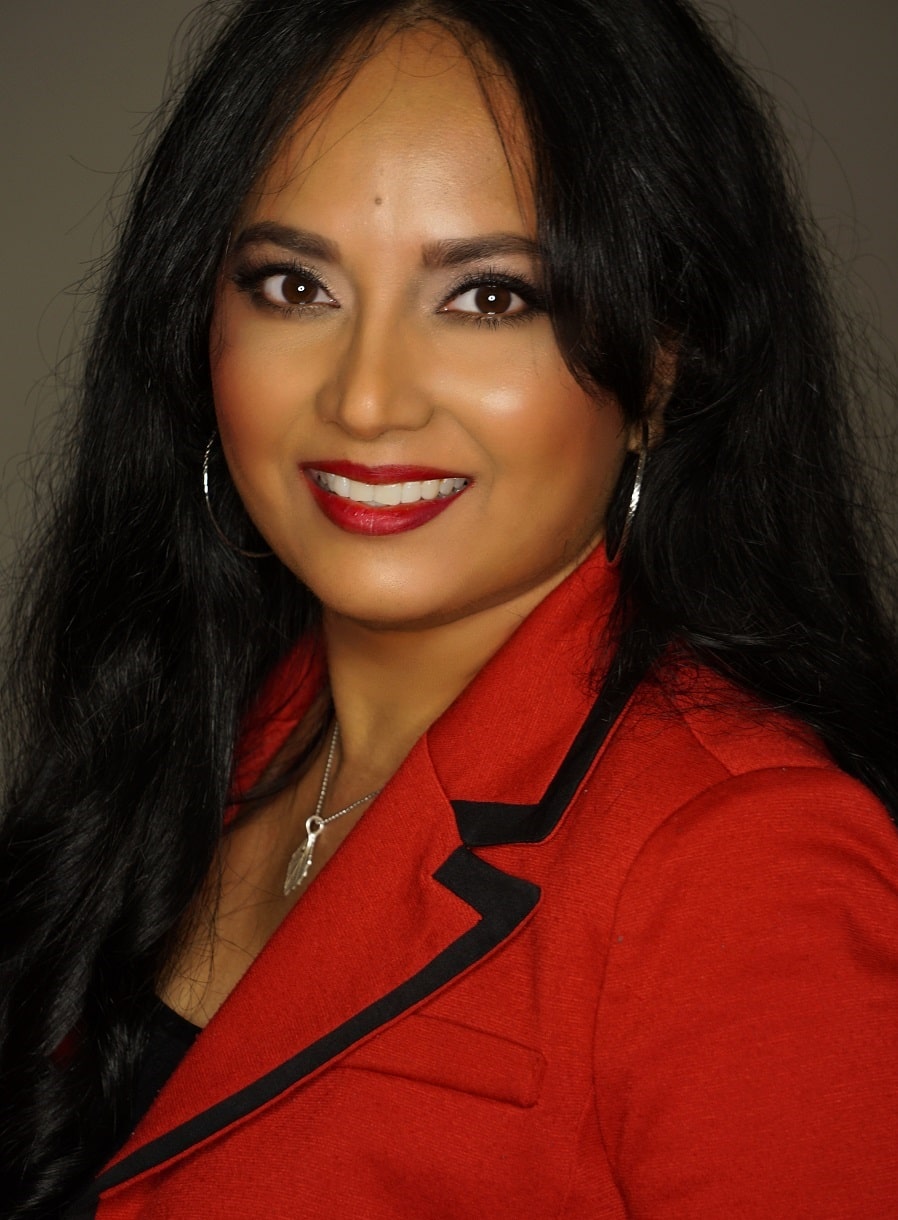 Dr. Shirin Haque, PhD, is an Astronomer and senior lecturer at the University of the West Indies. Her areas of research are Cosmology, Observational Astronomy and Astrobiology at the mud volcanoes and pitch lake in Trinidad. She also has an MPhil in Psychology. A former Head of Physics Department and Deputy Dean, she is passionate about sharing the wonder of Science and is the recipient of several local, regional and international teaching and Science research awards. She is the first woman to receive the CARICOM Science Award, and most recently, she is the prestigious Anthony N. Sabga Caribbean Award for Excellence Laureate in Science and Technology for 2020.

Sharing scientific knowledge has always excited her and she has produced several Caribbean Science documentaries before going on to host the series on IetV "Exploring our place in the Universe" and "Full S-T-E-A-M Ahead!". She is also the editor and producer of the magazine "The Intellectual - art, science and architecture". 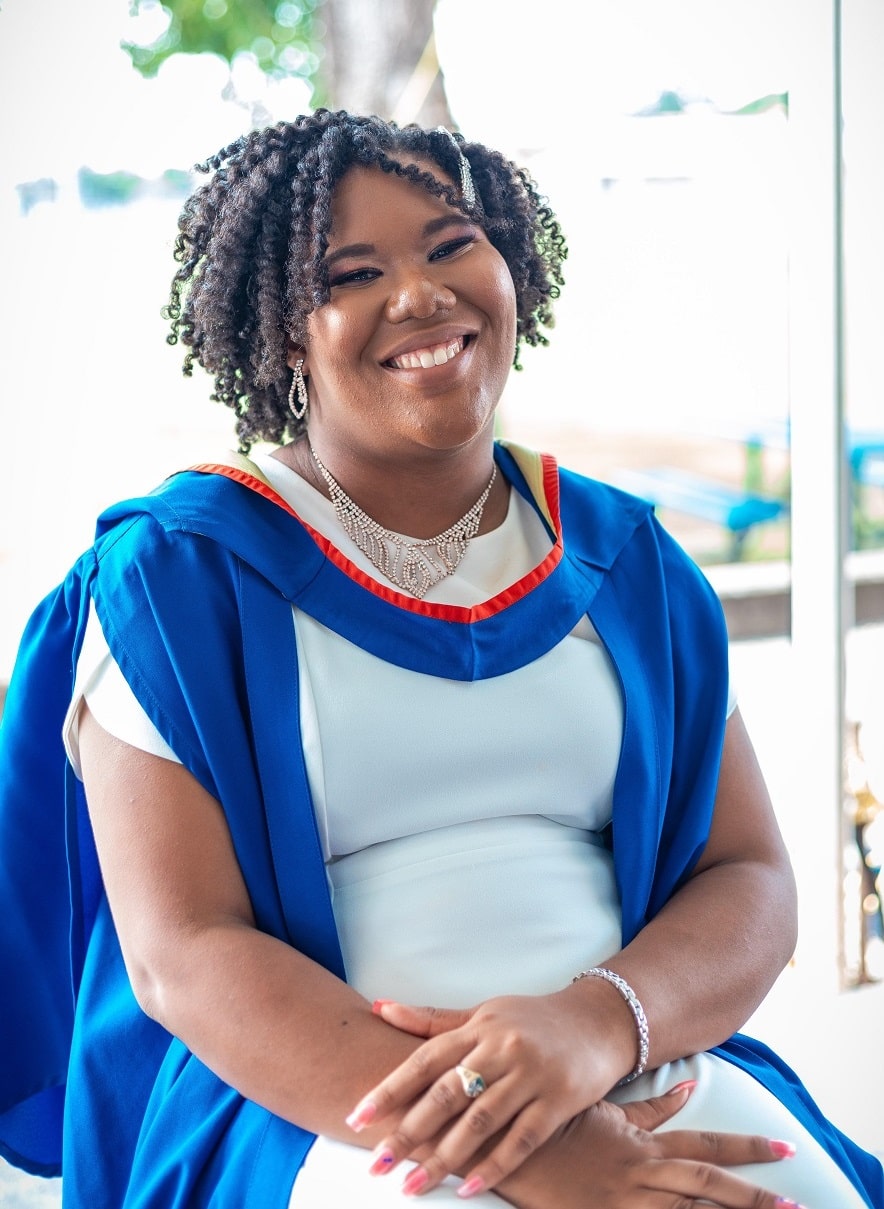 Salome Jordan is a hardworking and ambitious individual with a passion for the field of Science. After completing her Secondary School education at Holy Name Convent Port of Spain she obtained her Bachelor of Science in Biochemistry and Chemistry at The University of the West Indies St. Augustine.

Despite being diagnosed with Cerebral Palsy from birth, she remained focused and determined to make her mark in the world of science. She is insistent on proving that a person with a disability can live a full and happy life once given the opportunity. She received many accolades during her time at primary and secondary school which highlighted her devotion to her academics. At UWI she was awarded The Holy Name Convent Past Pupils Scholarship in 2018 and The Biochemistry Award for Outstanding Personal Achievement in 2019.

In addition to her academic life, she is also an inspirational speaker and spends her free time volunteering at many organizations. She has spoken at various graduation ceremonies, outreach programs and the University of the West Indies. She is known for speaking with the Trinidad and Tobago Occupational Therapy Association and The Student Life and Development Department at UWI. She was also part of the Student Council at Holy Name Convent.

During her final year at university, she was employed at the Student Life and Development Department. Here she was able to voice her opinions and improve her communication skills as well as her leadership skills. She was called upon to speak on behalf persons with disabilities and this emphasized the importance of her becoming an activist. Even though she is unemployed now, she spends her time tutoring the next generation of science students. She plans to instill in them the importance of Science in their community and hopefully inspire them to achieve anything they want in life.

She remains certain that one day she will fulfill her dream of becoming a pediatrician, but for now she has decided to motivate young individuals especially those who are differently abled to be the best they can be. 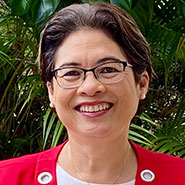 Dr. Mallalieu also conceptualised and led the development and implementation of the Master’s in Regulation and Policy (Telecommunications) at The University of the West Indies (UWI), St Augustine.

She has played a vital and pioneering role in fostering the growth of professionals in the field of communications in the Caribbean.

Her personal motto, quoting the German writer, J.W. Goethe, is: “Whatever you can do, or dream you can do, begin it. Boldness has genius, power and magic in it.” 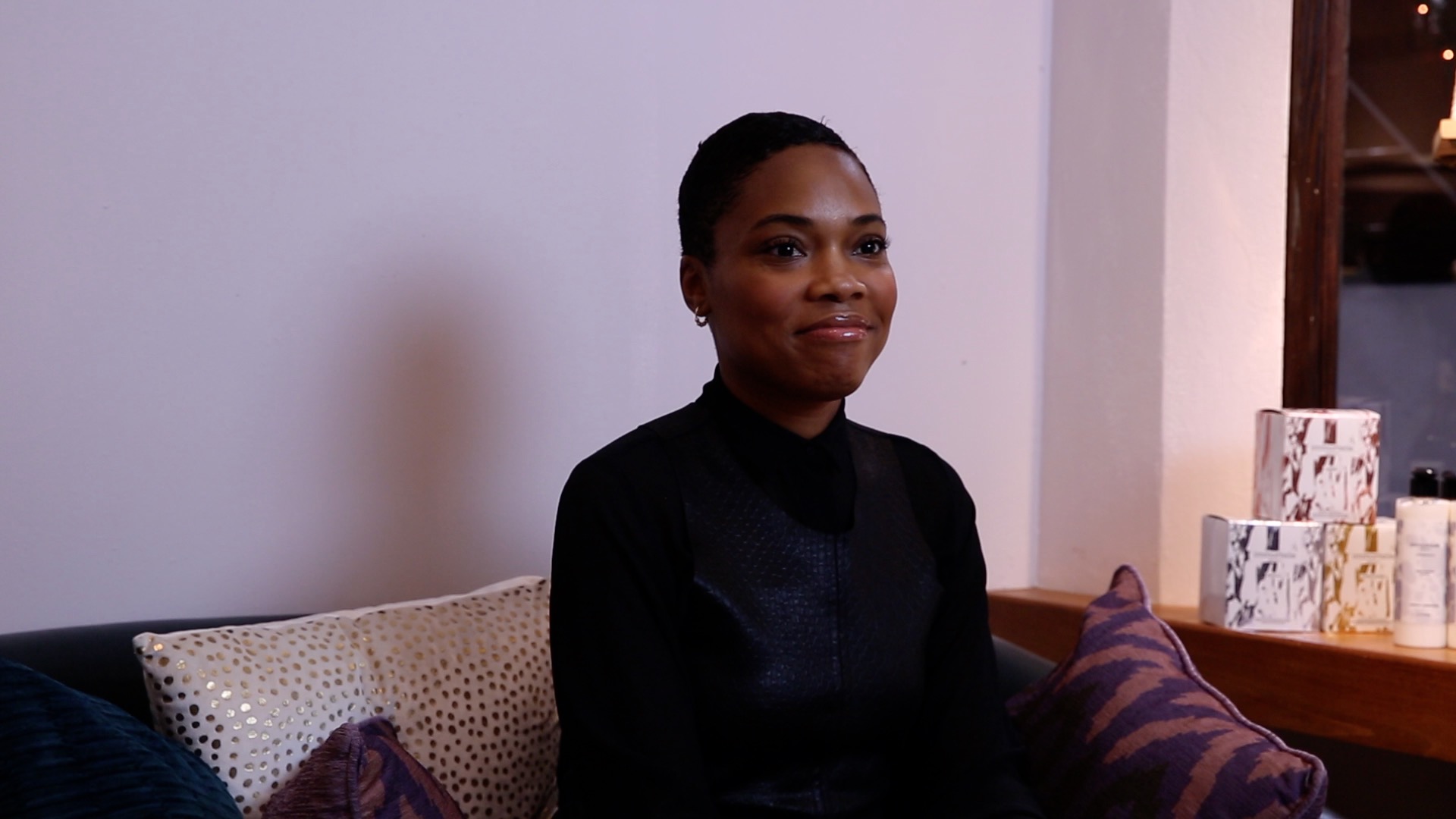 Kathryn Nurse blends a love for science, beauty and entrepreneurship to forge an exciting and unique career path. She graduated from the George Washington University with a BSc in Biological Sciences and immediately went into training in a Cosmetic Research & Development formulation laboratory for several years in order to channel her obsession with beauty and makeup products into a viable career as a cosmetic chemist.

In 2010, she decided to return home to Trinidad & Tobago to create Immortelle Beauty, a company that makes “little local luxuries”. After starting the business, Kathryn also earned an MBA/ Masters in Luxury Brand Management which provides the backbone of her positioning and marketing efforts for Immortelle Beauty. Because of these varied experiences she is able to formulate products that are the same time elegant, of international standard as well as affordable. For the last ten year’s Immortelle Beauty has proven that “sophisticated” and “local” are not mutually exclusive concepts.

Kathryn is proud to be both a scientist and an entrepreneur and is eager to share her experience with young girls and women and show them that pursuit of scientific education can lead to rich, vibrant and widely varied career options.