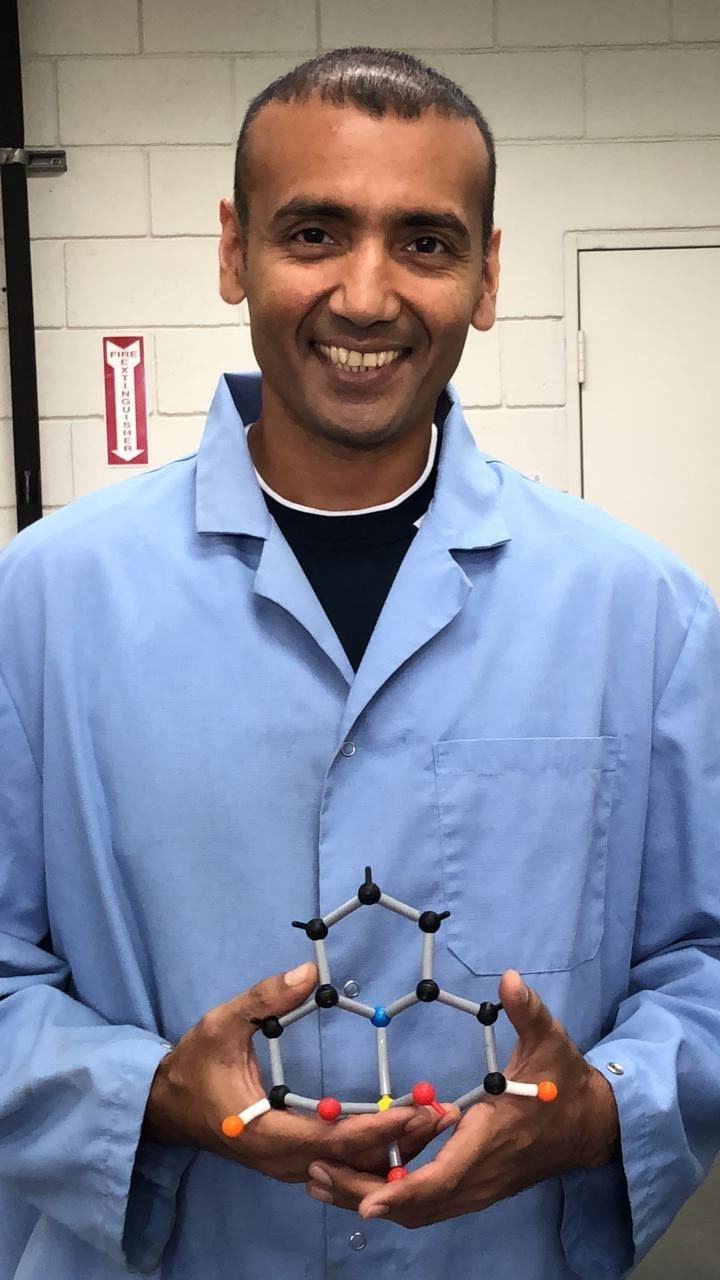 Varma holds PDOV, one of the novel complexes used in his research

Dr. Varma Rambaran is a lecturer and researcher in the Health Sciences and Biomedical Engineering Unit, at the University of Trinidad and Tobago (UTT). In 2013, he was a special prize recipient in the NIHERST Prime Minister’s Awards for Scientific Ingenuity, which aided in drawing local attention to his area of research. In 2015 he was awarded an eight month SMART Fellowship, by the International Centre for Genetic Engineering and Biotechnology (ICGEB), to further develop his research idea on an alternative treatment for type 2 diabetes at The Jawaharlal Nehru Centre for Advanced Scientific Research (JNCASR) in Bangalore, India. Through his collaboration with JNCASR and Bangalore University, Dr. Rambaran made significant advancements in his work, which was once again recognized by ICGEB, who awarded him a three year grant to continue his research on “The Synthesis and Testing of Novel Drugs for the Treatment of Diabetes Mellitus”. 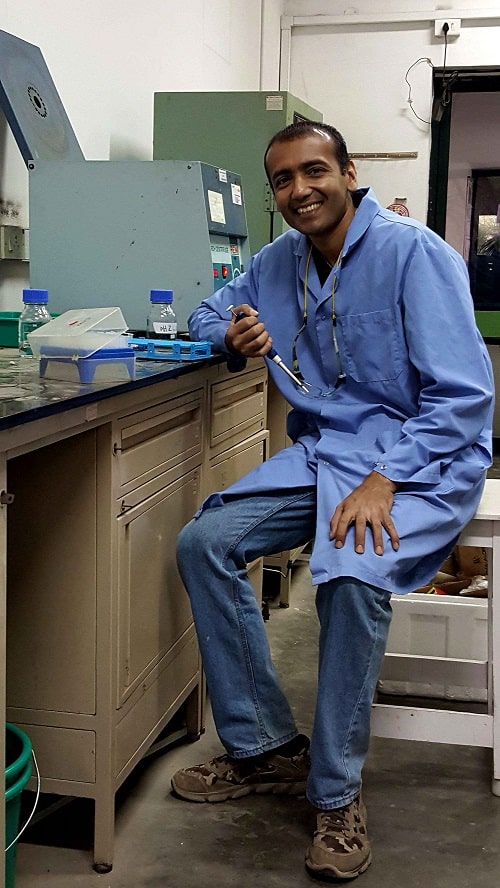 Synthesis and testing of novel drugs at the lab

Dr. Rambaran’s research proposal focusses on the synthesis and biological evaluations of two novel complexes, with the hope of obtaining a drug that will be both pharmacologically efficient and safe, when used in diabetes therapy. His research stems from the limitations of present medicines on the market, which rely on the signaling action of insulin to remedy hyperglycemic levels in the body. This is noteworthy in the case of type 2 diabetes, where the cells’ insulin receptors have become desensitized to the action of insulin. The novel coordination complexes that he will be studying, come from a family of molecules that have a successful history as insulin mimetic or insulin enhancing agents. Having already confirmed the glucose attenuating efficacy of one of the complexes, PDOV (a model of which he is holding in the first photo above), he now aims to investigate the relative toxicity of the drug through more robust rodent studies, with the hope of taking it through human clinical trials. Dr. Rambaran filed a patent in the US based on his research and it is presently under prosecution. An outcome is expected before the end of 2020.

Trinidad and Tobago is included among the countries with the most prevalent and fastest-growing cases of diabetes. The Ministry of Health estimates that the disease affects about 14.5 percent of the population with about 88-90% of patients having type 2 diabetes.

NIHERST is the Liaison Office for ICGEB in Trinidad and Tobago.

About the Arturo Falaschi ICGEB Fellowships

The Arturo Falaschi ICGEB Fellowships programme offers long and short-term fellowships for scientists who are nationals of ICGEB Member States to perform research in Trieste, New Delhi or Cape Town.>>>

About the Prime Minister Award for Scientific Ingenuity