Innovation in the Publishing, Printing and Paper Converter Industry, 2010 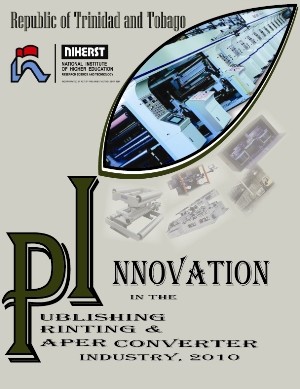 The National Institute of Higher Education, Research, Science and Technology (NIHERST) conducted a survey of innovation in the publishing, printing and paper converter industry during the period June/July 2010.

The objective of this study was to obtain information on the innovative activities of establishments in the industry including: