Deep Sea Wonders of the Caribbean

On Tuesday 27th February 2018 the National Institute of Higher Education, Research, Science and Technology (NIHERST) officially launched the Deep Sea Wonders of the Caribbean video series and book at the Digicel IMAX Port of Spain. This unique regional project had been supported by Diamond Sponsor - Shell Trinidad and Tobago Limited, Platinum Sponsor - the German Embassy Port of Spain, Trinidad and Tobago, and Green Sponsors - the Massy Foundation, Sagicor Life Inc. and Atlantic LNG. The undertaking had been executed by NIHERST in collaboration with The University of the West Indies (St. Augustine) and the Caribbean Council for Science and Technology (CCST).

In 2013 and 2014, Dr. Judith F. Gobin, Senior Lecturer, Department of Life Sciences, UWI, St. Augustine, was invited on board the Exploration Vessel (E/V) Nautilus. She was determined to share her new found knowledge, which would foster an understanding and appreciation of the deep sea environment in the region, through the introduction and distribution of an educational video series and captioned photo book detailing this previously unexplored natural feature.

NIHERST’s Chairman, Professor Emeritus Winston Mellowes delivered the welcome remarks at the launch. He acknowledged the Caribbean scientists involved whose research and efforts permanently changed our understanding of the Deep Sea. He further stated that their participation would encourage young Caribbean students to consider a future in science and related fields, since they would be proud to know “that there are many experts/icons from this region, who look like us, talk like us, and share our experiences, who can excel and make their mark in the international community”.

The feature address was delivered by Minister of Education The Honourable Anthony Garcia, he expressed his gratitude for this initiative since it would allow students to have an increased knowledge of the sea which would also change the way in which they view the ocean. He also highlighted the importance of Marine Sciences as a discipline, stating that it will give “students the opportunity to see where this field of study can take them” echoing Professor Mellows’ sentiment.

Lead scientist of the project, Dr Judith Gobin also expressed gratitude to all who were involved in ensuring that the project was successful in her background and introduction to the project, which was both captivating and enlightening. She encouraged those present to “ponder on management of this tremendous resource” since it is our heritage. She highlighted her duty as a scientist to encourage stakeholders to partner with scientists, which would allow conversations and strategies focused on ensuring the sustainability and conservations of our ecosystems.

Those in attendance were invited to a first screening of the five (5) part video documentary series and a photo book on the Deep Sea Wonders of the Caribbean was produced, which comprises the following segments:

The Deep Sea Wonders of the Caribbean educational video series and book resource will appeal to and whet the appetite of the general public, including both youth and adults in the Caribbean region. The particular niche of beneficiaries being targeted are secondary schools, environmentally affiliated organisations and key stakeholders, including attendees at the project launch, project sponsors and international partners. The video series is scheduled to air at Atlantic Ultimate Field Trip at the IMAX, following which it would be distributed to the local television stations, for airing in-between programmes, as well as be made available online for widespread viewing.

For information on the Deep Sea Wonders of the Caribbean video series please contact the International Projects Unit at projects-staff@niherst.gov.tt or Marketing at marketing@niherst.gov.tt. 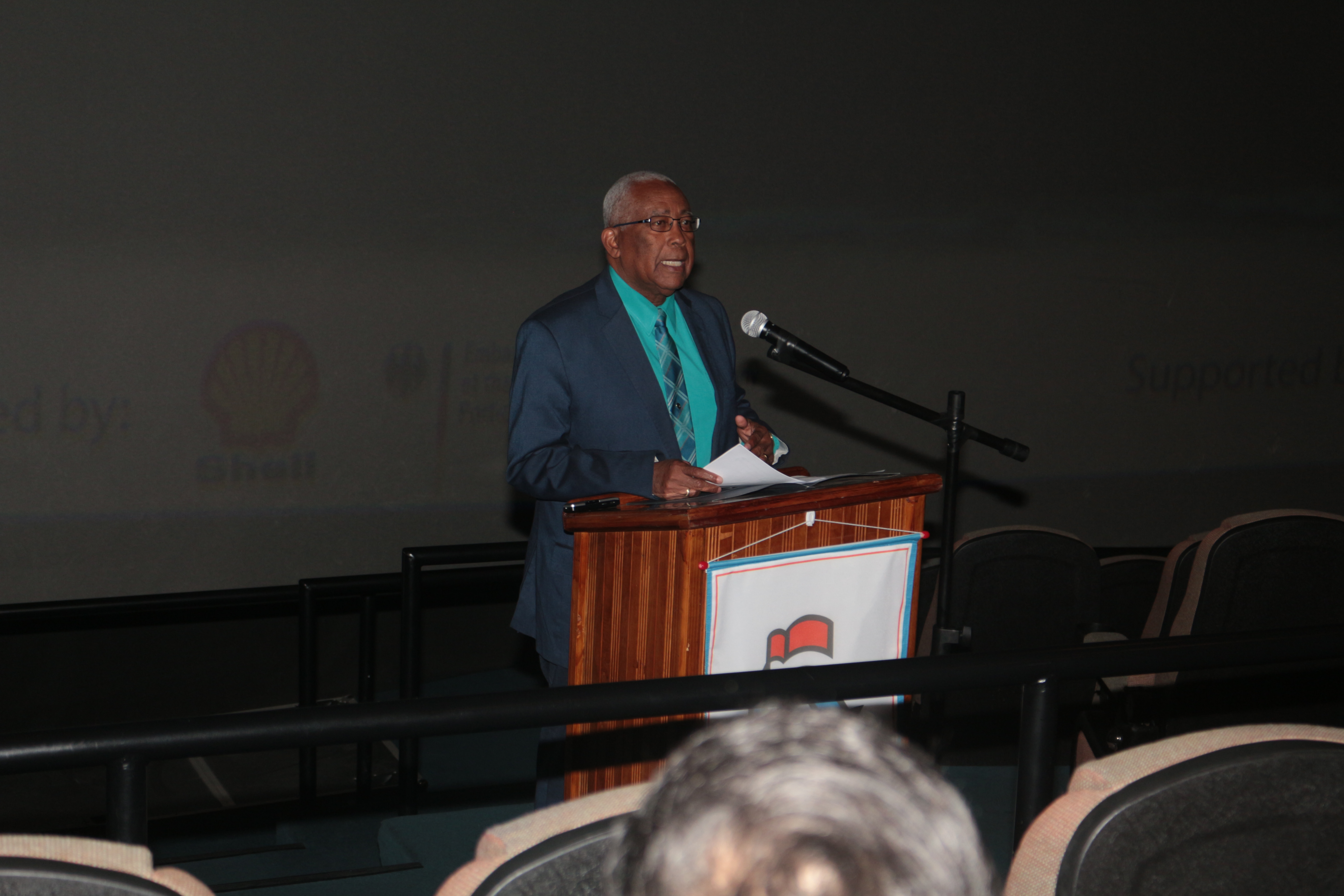 The Honourable Anthony Garcia delivers the feature address at the launch of Deep Sea Wonders of the Caribbean. 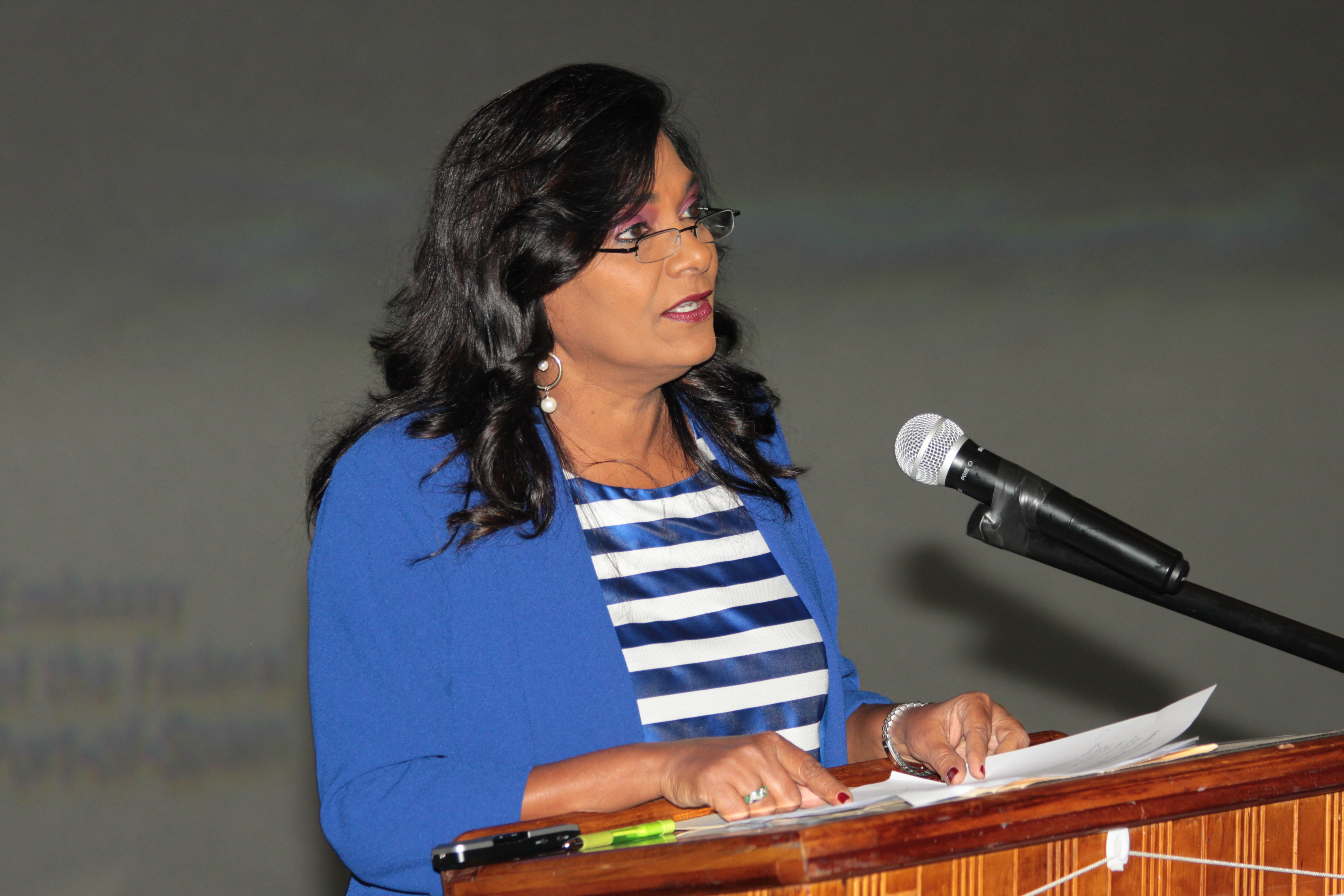 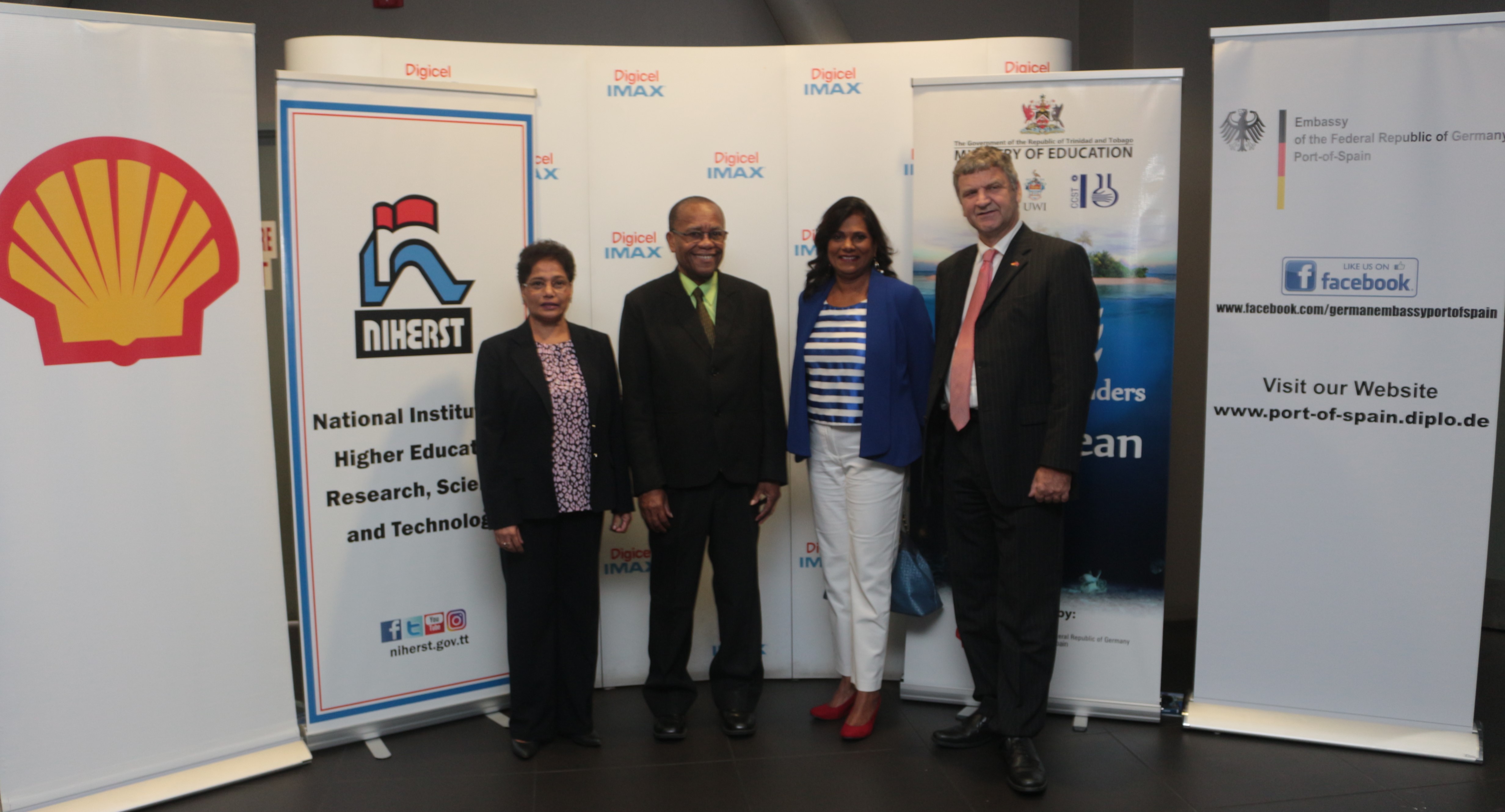